In order to obtain thermosetting epoxy resin, it is the prerequisite condition that the epoxy precursor must contain at least two epoxy groups. Thus, bridge group is needed to link the epoxy groups, and naturally, the chemical structure of the bridge group may also influence the thermomechanical performances of the cured epoxy resin. However, literature about the effects of bridge group on properties of cured epoxy is seldom published. To fill the gap, three model epoxy monomers containing different bridge groups have been synthesized from 4,4'-dihydroxydiphenyl, 1,1-bis(4-hydroxyphenyl)cyclohexane and bisphenol A in this work. After chemical structure confirmation, all of the monomers are cured by methylhexahydrophthalic anhydride (HMMPA), and the properties of the obtained cured network are evaluated by differential scanning calorimetry (DSC), dynamic thermomechanical analysis (DMA), tensile test and scanning electron microscope (SEM). The results show that bulky bridge group can effectively increase the glass transition temperature, enhance the tensile strength, and enlarge elongation at break of the cured epoxy resin. 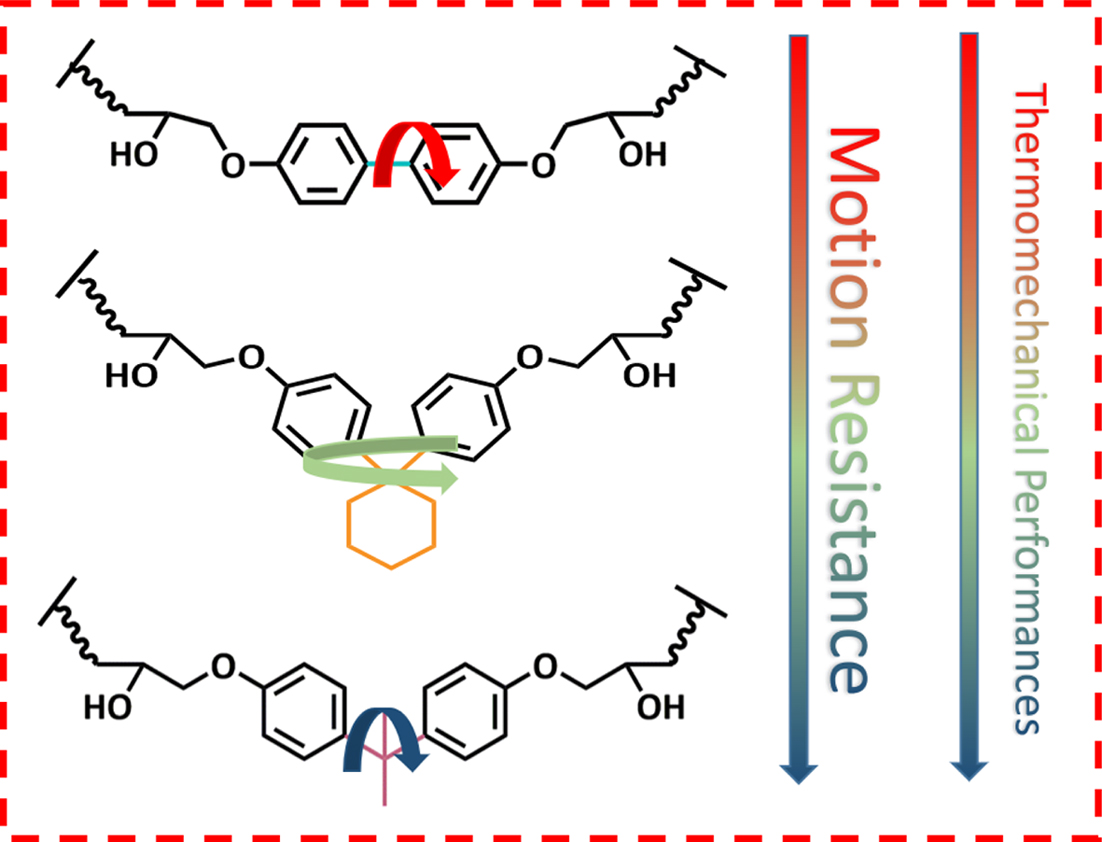 The authors are grateful for the financial support from Natural Science Foundation of Guizhou Province of China (Grant NO. [2018] 1008), and Discipline & Master's Site Construction Project of Guiyang University (Grant NO. [HC-2019]).